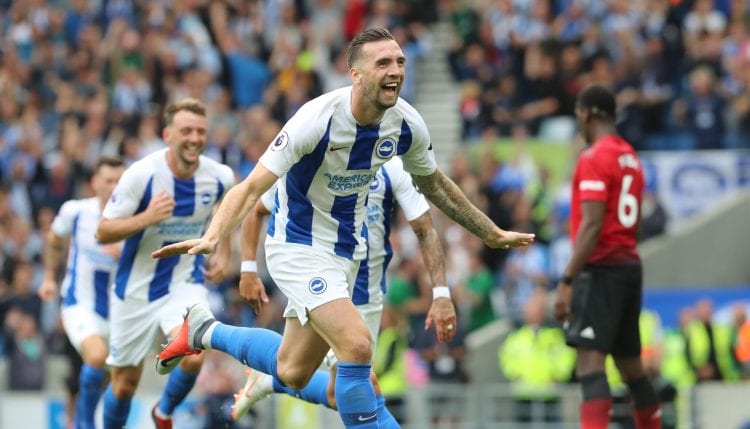 LONDON (Reuters) – Arsenal lost to Brighton & Hove Albion at home for the first time ever on Thursday night as goals by Adam Webster and Neal Maupay lifted the visitors to a 2-1 victory in the Premier League.

Arsenal, who fired Unai Emery as manager last week and appointed former player Freddie Ljungberg as caretaker boss, now sit 10th in the table on 19 points, with Brighton a single point behind and three places below them.

“Of course, it’s disappointing but we’ve got to keep on going,” Ljungberg told reporters. “The players are low on confidence, I think you can see that.

“We’re in a difficult situation. We started the game flat with no energy. It’s my job to get them to be aggressive and play with energy.”

Brighton had an early chance when Arsenal defender Hector Bellerin brought down Aaron Connolly on the edge of the area, but Pascal Gross blasted his free kick straight into the Arsenal wall.

The visitors poured forward, with Maupay whipping in a shot from a tight angle that raced narrowly past keeper Bernd Leno’s far post.

Their pressure finally paid off in the 36th minute when centre back Webster pounced on the ball as it broke loose after a corner, poking home past Leno to give the visitors the lead.

Arsenal’s Alexandre Lacazette equalised five minutes into the second half with a high looping header from a Mesut Ozil corner which bounced in off the far post.

The home side briefly thought they had taken the lead when David Luiz shanked the ball home from a free kick, only for the Brazilian to be found clearly offside by VAR.

Instead, Brighton’s Maupay headed a cross from Aaron Mooy into the far corner past Leno in the 80th minute to give Potter’s side a historic win in north London.

“I’m proud of the players. They stuck at it and managed the situations quite well, and played well against some talented players, and a nice winning goal – a bit of quality from us,” he added.

“Maybe it gives us confidence that we’re on the path to doing something.”

0 comments on “BRIGHTON RECORD AT LONDON”