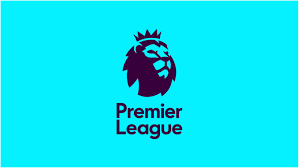 Liverpool are looking to make it 7 wins out 7. Having a 5 points lead on top of the table. They are confident of having another win this weekend as they face Sheffield United. Sheffield are welcoming the UEFA Champions League finalists and champions. The first time they will be welcoming a top six team since 2007. Hopefully they may try to slow down the league contenders this weekend.

Man city who have scored 14 goals in last 3 matches with Aguero expecting to join recorded holders of 8 goals in consecutive matches as they visit a struggling Everton side, that has lost 2 consecutive matches prior to this match. Everton will look to strenthen their defence in order to get points against a formidable strike force of the citizens.

west ham are visiting Bournemouth this weekend, tbis two teams have been at each others nexk for some seasons now , Bornemouth have on their part being an unwanted upsetter on the top flight. This match has so many uncertainties surrounding it this weekend.

Two promoted teams Aston villa and Burnley are facing on this match day 7, they both know how important it is for both teams. The rivalry which started from the championship last season will be better off displayed in the Premier league this Saturday.

Chelsea is looking to capitalize from their 7:1 overhaul during the week, as they The young Chelsea stars are making the mark than their older counterparts. Mount with a doubt of being played during the weekend will have Abraham at the forefront, with Lampard having the option of starting Azipiculleta.

Crystal palace will welcome Newly promoted side Norwich, who are looking to run away from the relegation radar. Norwich defeated the champions (Mancity) 2 weeks ago, and will be hoping to deliver such feat again this weekend with Pukki leading the line.

Tottenham will face Southampton also. Tottenham have lost failed to have a win in their last 4 matches with their latest shock at the EFL round 5 match. Pochettino will have to prove himself through his team this weekend and Harry Kane will be in play.

The biggest game for the weekend is Arsenal versus Manchester United. With arsenal having their last win at Old Trafford in 2009. Man u won't play with likes of Anthony Martial and Pogba. The Arsenal players are getting ready mentally for the game, with Aubameyang confident of having not less than a point from Old Trafford. Everyone is looking forward to this match as fans from both clubs keep flood the internet with threats.