5 value odds to put your money on this weekend 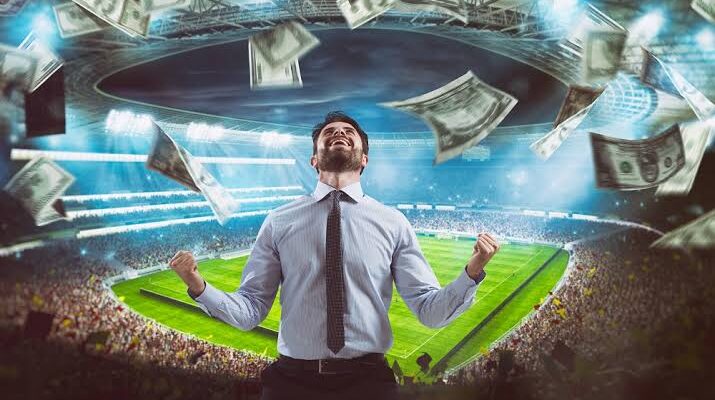 It’s the weekend, which means another opportunity for punters to select from a large pool of matches scattered all over the world in a bid to get one over the bookies. As the best football prediction site in the world, we bring you free 5 value odds that can help you win this weekend.

This is why we’ve gone through hundreds of fixtures and selected 5 games from Saturday and Sunday that we believe will return good value for your stake.

Leeds host Chelsea in the first game of the English premier league on Saturday and judging by recent form, the away side are the overwhelming favourites to win this game at 1.76 odds.

Chelsea are currently on an 11-match unbeaten run, 8 wins and 3 draws with 5 of those wins coming in their 6 away games so far under Thomas Tuchel.

Leeds United are known for being unpredictable, they’re currently on a run of 18 games without a draw, winning 8 and losing 10 and although they sit 11th on the table, their home form hasn’t been that good, recording 5 wins, 6 losses and 2 draws in their 13 home matches so far.

Another valuable option in this game would be the NG (no goal/goal) which is available at 2.05 odds, 5 of Leeds United’s last 6 games have ended without both teams scoring, while Chelsea are famous for being strong defensively, conceding only twice in 11 games.

It obvious Manchester City are favourites to win this, they’re top of the Premier League while Fulham are in 18th place, but there are more valuable options available in this game other than a simple away win.

For instance, Away Win To Nil is set at a massive 2.10 odds, simply meaning Manchester city will win without conceding, which is very possible.

Man City have only lost one game away from home this season, they’ve accrued 30 points in 13 away games, scored 25 and conceded just 8, while Fulham have only scored 8 goals and conceded 18 in their 14 home games this season.

If the Away win to Nil option is too risky for you, then consider a simple NG, No Goal Goal at 1.68 odds, 8 of Fulham’s last 9 home games have ended without both teams scoring.

In the Portuguese Primeira Liga, 10th place Tondela host league leaders, Sporting Lisbon in what should normally be a straightforward game for the away side, Sporting are the bookies favourite at 1.45 odds to win and rightly so.

Sporting lead their opponents by a whopping 34 points, but here’s the catch, Tondela are known for being tough opponents when they play at home, they have the 6th best home record in the league and 23 of their 24 total points this season have been accrued in home games.

In 11 home games, they’ve won 7, drawn 2 and lost 2, scored 13 goals and conceded 9 but Sporting Lisbon’s away record is even better, making this a difficult game to predict.

Sporting are unbeaten in the league this season, their away record reads 11 games, 9 wins 2 draws, scoring 22 and conceding just 5 goals. So what happens when a good home side faces a good away side? Goals!!!

Tondela have only failed to score at home 3 times this season, while Sporting have scored in all their away games but one, and Tondela have also scored in each of their last 5 home games against Sporting, so GG, Goal Goal at 2.10 odds seems like a reasonable option.

Milan are slight favourites at 2.68 odds to beat Napoli but it’s possible the bookies got it wrong on this one, we are backing Napoli to win at 2.87 odds.

Although they’re placed higher on the table, Milan just have too many injuries to be expected to win this tough game, they also come in off the back of an Europa league travel on Thursday which could lead to them resting players.

Napoli haven’t been great either, they haven’t won away from home in all competitions since January, 6 losses and a draw are the away numbers in that wretched run, but they would be coming into this game with the full complement of their squad of well-rested players.

There’s also the possibility of this ending in a draw, 3 of the last 5 instalments of this fixture have ended in draws, and 3.35 odds seems valuable enough for any punter to try their luck with.

The point is, I don’t see how Napoli loses this game, the safest bet here is an x2, away win or draw at 1.46 odds for the faint-hearted.

We also have a serie a betting tips page for you to check.

On Sunday, 2nd welcomes 4th in the German Bundesliga, Leipzig are the bookies favourite at 1.86 odds and I’m inclined to agree with them.

Leipzig have the best home record in the Bundesliga this season, recording 10 wins out of 12, with just one loss and draw each, gathering 31 out of a possible 36 points on their home turf, impressive numbers.

However, if you’re looking for more than just an home win, then I’ll suggest a simple GG, both teams to score have been the recurrent option in games involving Eintracht Frankfurt this season, they’ve scored in all but one of their 12 away games this season, 9 of those games ended with both teams scoring.

The GG market is set at 1.63 for this game, and you could also make things more interesting by using combos such as home win and over 2.5 goals, which is available at 2.50 odds.

You can choose to bet on these 5 games as singles or in an accumulator, but please note that these are just predictions and nothing is guaranteed, only bet with what you can afford to lose, may the odds favour us all this weekend.