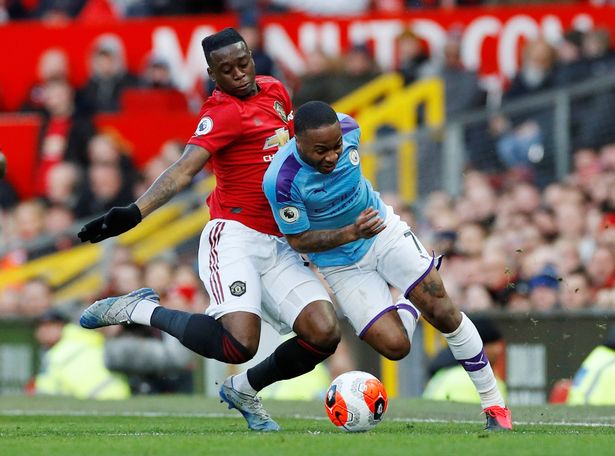 For Raheem Sterling, it was an uncomfortable case of deja vu, up against the impassable Aaron Wan-Bissaka.

Just as he did at the Etihad Stadium in December, when Manchester United triumphed 2-1, Wan Bissaka had Sterling securely stowed in his pocket.

Whatever Sterling tried, he found Wan-Bissaka one step ahead in mind and body, the £50million United defender coming out on top once again in their absorbing personal duel.

When Wan-Bissaka is in this kind of imperious form, nullifying the threat of one of the most potent attackers in Europe, it is difficult to make a case for his continued omission from the England squad.

Gareth Southgate is blessed with a wealth of options at right-back, including Trent Alexander-Arnold, Kyle Walker and Kieran Trippier, but Wan-Bissaka deserves to be in that bracket, with such assured performances as this.

Defensively, there are few better right-backs in the Premier League than the 22-year-old, his prowess going forward, in particular his final ball, the one area that has counted against him at times.
But here, he showcased both defensive and offensive qualities, suppressing Sterling while also showing the City winger up at the other end of the pitch with some penetrating solo runs.