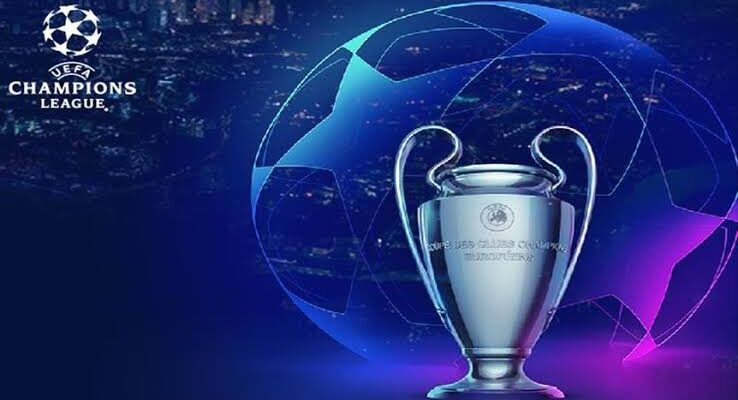 Wednesday the 10th of March saw an end of the first half of the UEFA Champions League Round of 16 ties, meaning 4 of the 8 matches have been decided and 4 teams have already sealed their place in the Quarterfinals.

Dortmund did just enough to edge past Sevilla, Porto shocked Juventus, Liverpool were comfortable winners both home and away while Barcelona could not do much to repair the damage of the first leg against PSG.

Sevilla came into this match on Tuesday at the Signal Iduna Park with one purpose in mind, which was to overturn the 3-2 defeat at home to Dortmund 3 weeks ago, however, they were soon reminded of why they lost the first leg; Erling Haaland.

The Norwegian striker who scored a brace in the first leg also opened the scoring this time around, after the visitors lost the ball while trying to play out from the back, Marco Reus squared for Haaland to turn in at the near post.

Of course, Haaland wasn’t satisfied with one goal, he finished brilliantly from a tight angle but the goal was ruled out by VAR. He would go on to grab that 2nd goal, this time through a penalty 9 minutes after halftime to make it 2-0, his 10th goal in this UCL campaign.

Sevilla now needing 4 goals to qualify, rallied late on, Youseff En Nesyri scored twice to level on the night, a 69th-minute penalty and a brilliant header in the 96th, not enough to save them from elimination.

A combination of poor finishing and nervy defending saw Juventus falter in Tuesday’s only other game, as Porto secured the biggest upset of the current UCL campaign, knocking the Italian champions out on their own turf.

Porto were the dominant force in the early stages of this game just as they were in the 1st leg, Mehdi Taremi hit the bar with his effort, and soon after was fouled in the box by Merih Demiral, Sergio Oliveira stepped up and dispatched the penalty to give them a precious lead.

Juventus were better in this game than they were in the 1st leg, they created more chances this time around, and although they were wasteful, Federico Chiesa eventually took his, two goals in 14 minutes either side of a Porto red card, the tie was level with 30 minutes of football still to play.

And yet the 10-men of Porto held out for extra time, stood firm, then delivered the decisive blow when Sérgio Oliveira’s skidding free-kick beat Wojciech Szczęsny. Adrien Rabiot nodded in for Juve two minutes later but they could not find the fourth goal they needed.

Liverpool came into this 2nd leg in poor form, needing a solid performance to restore confidence and consolidate the 1st leg win in Germany, which is exactly what they achieved.

Jurgen Klopp’s men were dominant from start to finish, creating chances but were repeatedly getting thwarted by Leipzig goalie, Peter Gulasci and some poor finishing of their own.

The goals would eventually come in the second half within the space of 4 minutes, Salah got the first, cutting in from the right and finishing with his left in trademark fashion on the 70th-minute mark.

Sadio Mane then put the tie beyond reasonable doubt tapping home a sumptuous cross from Divock Origi 4 minutes later to send the Reds to the UCL quarterfinals.

The other game on Wednesday was one a lot of people had considered written off and rightly so, PSG famously thrashed Barcelona 1-4 at the Camp Nou 3 weeks ago and there just was no coming back from that.

Although this game proved the deficit could have been closed if Barca were more clinical, they could have scored 4 or even more if they took their chances, especially the ones that fell to Ousmane Dembele early on.

He spurned chance after chance and PSG soon made them pay, Kylian Mbappe converting a penalty 30 minutes in after Clement Lenglet had stamped on Mauro Icardi, meaning Barca now needed 5 goals to qualify.

They seemed like they could do it too, Lionel Messi drew them level 7 minutes later with a stunning strike, a fierce shot into the top corner from well outside the box, further giving hope of an improbable comeback.

That hope died when Messi missed a penalty just before halftime, saved by Keylor Navas, denying an opportunity to cut the lead further. Navas would make more saves and ultimately ensure the 2nd leg ended 1-1 and PSG advance to the quarterfinals.

0 comments on “UCL Review: Round of 16 producing interesting results”