The Foxes Shares the Points with Chelsea 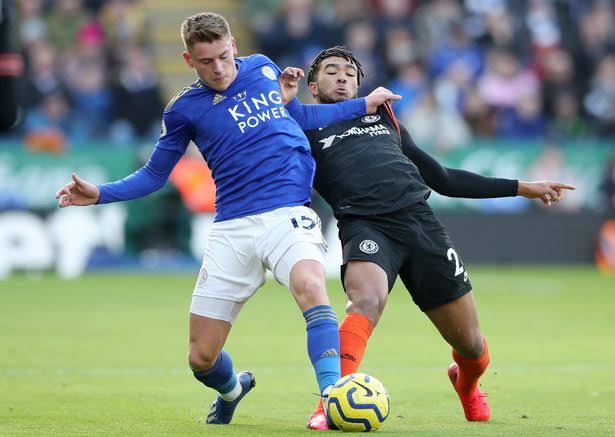 Antonio Rudiger made light of Chelsea’s failed striker search after his brace earned a 2-2 draw at Leicester.

The defender’s goals – his first for the Blues since October 2018 – ensured Frank Lampard’s fourth-placed side stayed eight points behind the Foxes.

Chelsea, who had their transfer ban lifted last month, failed to make a signing in January while forward Tammy Abraham played through the pain of an ankle injury at the King Power Stadium.

Ben Chilwell’s second-half strike had looked to have eased the Foxes’ pain after a last-gasp exit to Aston Villa in the Carabao Cup semi-final on Tuesday.

He put the hosts 2-1 ahead after in-form Harvey Barnes had cancelled out Rudiger’s opener.

The hosts missed the chance to move 11 points clear of Chelsea but remain third, and are well on course to reach the Champions League.

They had to cling on in the first half, though, as the visitors dominated without reward.

Callum Hudson-Odoi missed his kick, Abraham just failed to get a touch on Reece James’ teasing cross and Mason Mount shot narrowly over. Abraham wanted a penalty after 20 minutes when he went down trying to turn Caglar Soyuncu but, after a VAR check, his claims were ignored.

Sluggish Leicester were second best and lived dangerously but Willy Caballero needed to be alert to deny Jamie Vardy after 25 minutes.

Cesar Azpilicueta’s ball was intercepted by Ayoze Perez who chested it down to Vardy only for Caballero to thwart the striker with his legs.

The chance woke the Foxes from their slumber and, while Chelsea still looked slicker, Barnes ballooned over from 15 yards.

Chelsea got the opener their first-half efforts deserved just 57 seconds after the break.

It was too easy for the visitors as Mount’s far-post corner was headed in by Rudiger – on his 100th Chelsea appearance.

Yet their lead lasted just eight minutes, with Barnes grabbing a fourth goal in six outings when he cut inside and his shot arched over Caballero after clipping James.

And 10 minutes later the Foxes completed the turnaround.

Caballero started his first league game of the season after the error-prone Kepa Arrizabalaga had exhausted Lampard’s patience.

0 comments on “The Foxes Shares the Points with Chelsea”