The Evolution Of Football Stats And How It Affects The Game 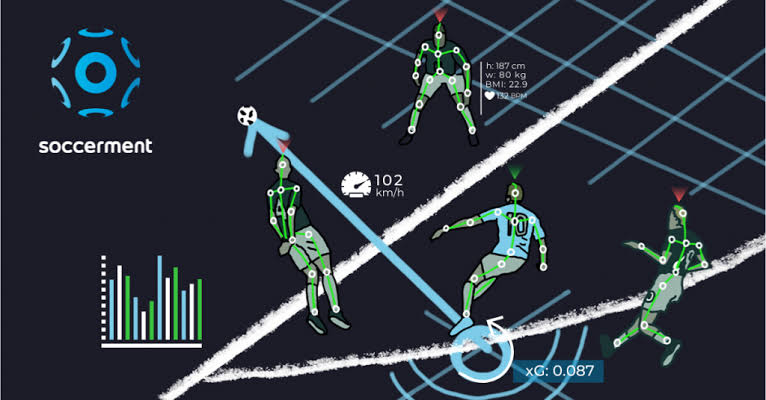 When football was first created, only one stat mattered. Spectators only cared about how many times the ball was put in the back of the net and what team scored more at the end of the game.

The simplicity of it all makes some believe that was the best era of the beautiful game, because that was all it was; a game.

Nowadays, football has become just as complicated as an Advanced Mathematics class. With the unending tactics and analytics, modern day football pays attention to every little detail.

Sports analytics companies like Opta and Prozone have never been more relevant, feeding the insatiable fans with every minute detail they crave about their teams and players.

Before the 90s, people had to rely solely on eye tests and personal opinions to weigh the impact of players in games, especially when both players were close in terms of ability.

What Opta does is to make the information available, the fans and the media then decide what to do with said information, they really decide what stat is relevant enough and which isn’t.

A player like Roberto Firmino for example, who doesn’t score too many goals compared to other top players in similar position, but has always been one of Liverpool’s most important players.

His goals and assists numbers aren’t impressive but anyone can see that Liverpool plays better with him on the pitch because he impacts the game in other ways, which we wouldn’t realise if other stats like take ons, pass completions xG and xA etc. weren’t being recorded.

The new stats craze in football right now is the expected goals (xG) and expected assists (xA) which is used to determine the likelihood of a player scoring or assisting a goal based on the flow of the game and how many chances are being created.

xG can also be used for teams during and after a game or over a particular time span, it is an effective way to quantify how well or not well the team in question has been playing and what their chances of scoring are.

Fans hold a lot of sway in determining what stats are relevant. For example, ‘goal contributions’ was made mainstream by football fans on Twitter and now even the biggest media houses reference them.

For a long time, goals and assists were measured separately until Twitter fan boys decided to just smash it together in a bid to make their preferred player’s stats more appealing, (I’m talking to you Martial FC) and now it’s become a real thing.

In similar fashion, another totally made up stat that is on it’s way to football Twitter relevance is the ‘pre-assist’ , yes you read that correctly.

Some people believe that the pass before the pass that led to the goal is just as important and deserves to be measured on it’s own, which would automatically make James Ward-Prowse and Jack Cork the greatest players of all time.

Stuff like this is why the purists were afraid that stats might affect the game negatively, it’s great to know more details about football but where does it end?

How long before “best thrower” award becomes a thing at the Ballon D’or? Nobody wants to see Rory Delap come out of retirement.

The point is, this endless nitpicking at the beautiful game only continues to create stat junky fans who in turn create even more ridiculous stats, and no one can really control what catches on or doesn’t.

If Goal Contributions can become a thing, so can Pre Assists, and before we know it, the most expensive player in the world is the one who won the most corner kicks.

It’s funny now but it won’t be when your favourite team pays £70 Million to sign Kyle Walker-Peters because of his high expected corner kicks won or something.