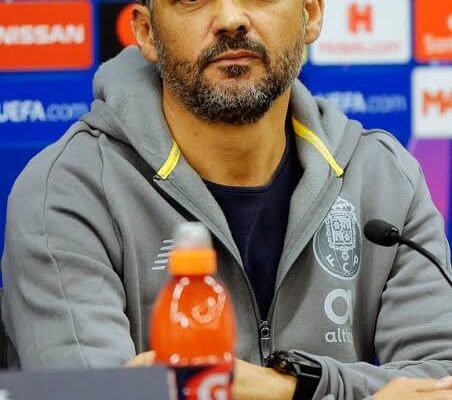 Napoli are in the search for a new manager following Gennaro Gattuso’s exit from the club and it appears they have found the man for the job.

Reports in Italy claim that Napoli have reached an agreement with Portuguese manager, Sergio Conceicao and the deal is only an announcement short of being official.

Sergio Conceicao has developed a reputation of a serial winner during his managerial career, his win rate across 6 different clubs is 65%.
Sergio Conceicao has managed Olhanense, Academica, Braga, Vitoria Guimaraes, Nantes and Porto, he has won 225 of his 393 matches at all those clubs combined.

In his 4 years as Porto manager, Conceicao won two league titles and a cup, he also led the team to the UEFA champions league quarterfinals where they were eliminated by Chelsea.

His current contract with Porto expires in June and Napoli are reportedly set to take advantage and snap him up.

The Neapolitans parted ways with Gennaro Gattuso after failing to secure a top four finish in Serie A this season.

Napoli drew at home to Hellas Verona when a win would have secured them Champions league football for next season.

Victor Osimhen and the rest of his Napoli teammates will now be hoping Conceicao can lead them to more success than Gattuso was able to achieve in 2 years at the club.

0 comments on “Napoli set to appoint Sergio Conceicao as manager”