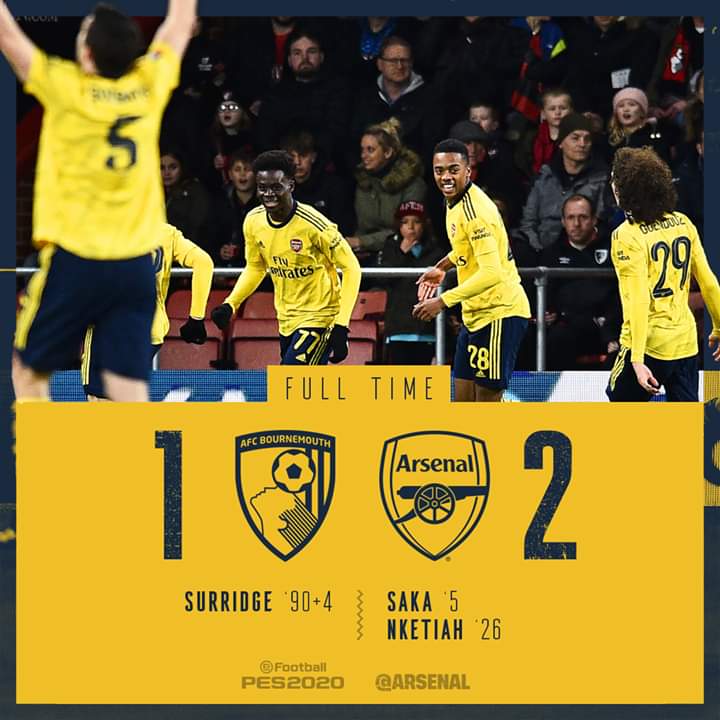 Arsenal earned a deserved win over Bournemouth to seal their path to the FA Cup fourth round. Their clash at the Vitality Stadium followed on from the draw for the next stage, with a trip to Portsmouth now awaiting the Gunners.

Mikel Arteta’s side littered with youngsters took just five minutes to get their noses in front, producing a sublime passing move which culminated in Bukayo Saka lashing one in off the crossbar. It didn’t take them long to double their advantage against a meek Bournemouth, who were virtually surrendering possession in the first half. Eddie Nketiah had a hand in the build-up play before finishing off Saka’s cross to grab his side’s second with a low, placed shot past Mark Travers.

Bournemouth rallied in the second half, and put Arsenal under considerable pressure, but the visitors managed to hold on, despite Sam Surridge’s injury time goal making for a tense finish.