UCL Review: Round of 16 ends in exciting fashion 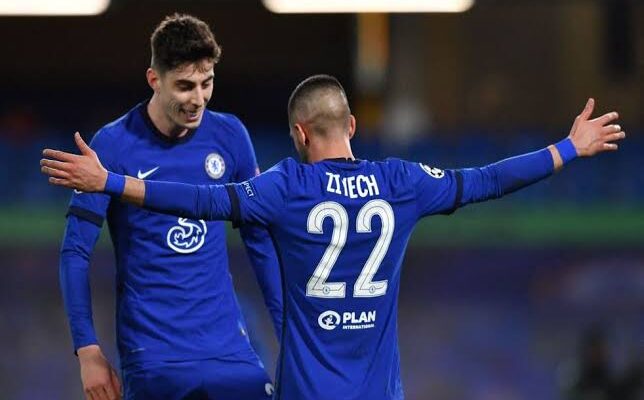 The last 4 matches of the UEFA Champions League round of 16 were settled this week and 4 more teams have progressed to the quarterfinals.

Pep Guardiola’s men matched their result from the first leg and secured their place in the quarter-finals with a routine 2-0 win against Borussia Monchengladbach, thanks to Kevin De Bruyne’s stunning strike and İlkay Gündoğan’s straightforward finish.

De Bruyne put the Cityzens in front early on, setting the tone inside 12 minutes with an unstoppable strike from the edge of the area – City’s 100th goal in all competitions this season.

Atalanta came into this second leg looking to overturn a 1-0 deficit and they started brightly creating some chances early on but failing to convert into goals.

The visitors were made to rue their profligacy when Karim Benzema broke the deadlock, sweeping in Luka Modrić’s pass after a poor clearance by Marco Sportiello.

Madrid continued to look the most likely to score again, Vinícius Júnior posing a constant threat and then he eventually was fouled in the box by Rafael Tolói, Sergio Ramos rifling in the resulting penalty to make it 2-0.

Muriel did pull one back for Atalanta with a wonderful free-kick but Madrid quickly ended any hopes of a comeback as Marco Asensio drilled in their third on the counterattack to help Los Blancos advance to the quarterfinals.

Much like the first leg, Bayern dominated proceedings and they were presented with the chance to extend their aggregate advantage in the 33rd minute when Leon Goretzka was pulled down by Vedat Muriqi as he tried to get on the end of a corner.

The Polish striker was given a rest in the second half, replaced by Eric Maxim Choupo-Moting who doubled Bayern’s lead with a fine chipped finish after sumptuous passes from Joshua Kimmich and David Alaba.

Lazio at least had the last word on the night, Marco Parolo sneaking in at the far post to get on the end of a deep free-kick from fellow substitute Andreas Pereira, but despite a late flurry thereafter Bayern held on to win on the night and on aggregate.

Much like the first leg, Chelsea completely dominated proceedings in this encounter and kept their opponents from creating much in over 180 minutes of football.

The Blues’ front three were too fluid throughout for Atlético, Kai Havertz released Timo Werner, who scampered down the left and squared for Hakim Ziyech to squeeze the ball under Jan Oblak, rounding off a sizzling counter attack and giving Chelsea the lead.

Chelsea continued to look the better side, forcing Oblak into a few saves and looking like the more likely team to advance, especially after Stefan Savić picked up a red card late on for elbowing Antonio Rudiger.

Chelsea put the game to bed in the 4th minute of additional time, another superb counter-attack this time finished off by substitute, Emerson to help them reach the quarterfinals for the first time since 2014.

0 comments on “UCL Review: Round of 16 ends in exciting fashion”