Mbappe, Messi and other superstars shine on Champions League night 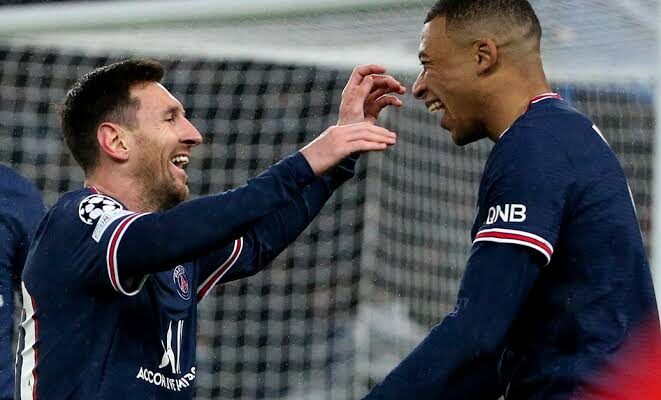 The first half of matchday six UEFA Champions League group stages went down on Tuesday. Eight games produced premium entertainment with multiple superstars strutting their stuff at the highest level.

One of those headline-grabbing players was Kylian Mbappe, the Frenchman who led PSG to a 4-1 win at home to Club Brugge.

The Frenchman scored a brace and assisted one for Lionel Messi who also scored twice. Mbappe’s goals also helped achieve history as he became the youngest to score 30 Champions League goals, a record previously held by Lionel Messi.

Dortmund thrashed Besiktas 5-0 in their final Champions League game of the season after being eliminated and demoted to the Europa League.

Another record-breaker on the night was Sebastien Haller scored in Ajax’s 4-2 win against Sporting Lisbon meaning he’s now scored in all six group stage games.

He’s only the second player in history to achieve that following Cristiano Ronaldo and is now the top scorer this season with 10 goals.

Other results include Leipzig pulling off a surprise 2-1 win over Manchester City to secure a Europa League spot.

Already-qualified Liverpool came from behind to beat AC Milan 2-1 thanks to goals by Mohammed Salah and Divock Origi. The win makes Liverpool the first English team to win all six group stage games in Champions League history.

Atletico Madrid was the biggest beneficiary of AC Milan’s defeat as they snuck into the second position and advanced with a 3-1 win over Porto.

Real Madrid beat Inter Milan 2-0 thanks to two world-class goals by Toni Kroos and Marco Asensio. Both teams qualified for the next round but the win means Real Madrid win the group.

The other two teams in the group, Shakhtar Donetsk and Sheriff Tiraspol played out a 1-1 draw which meant Tiraspol finished third and advanced to the Europa League.

0 comments on “Mbappe, Messi and other superstars shine on Champions League night”