How Chelsea were outclassed at Stamford Bridge 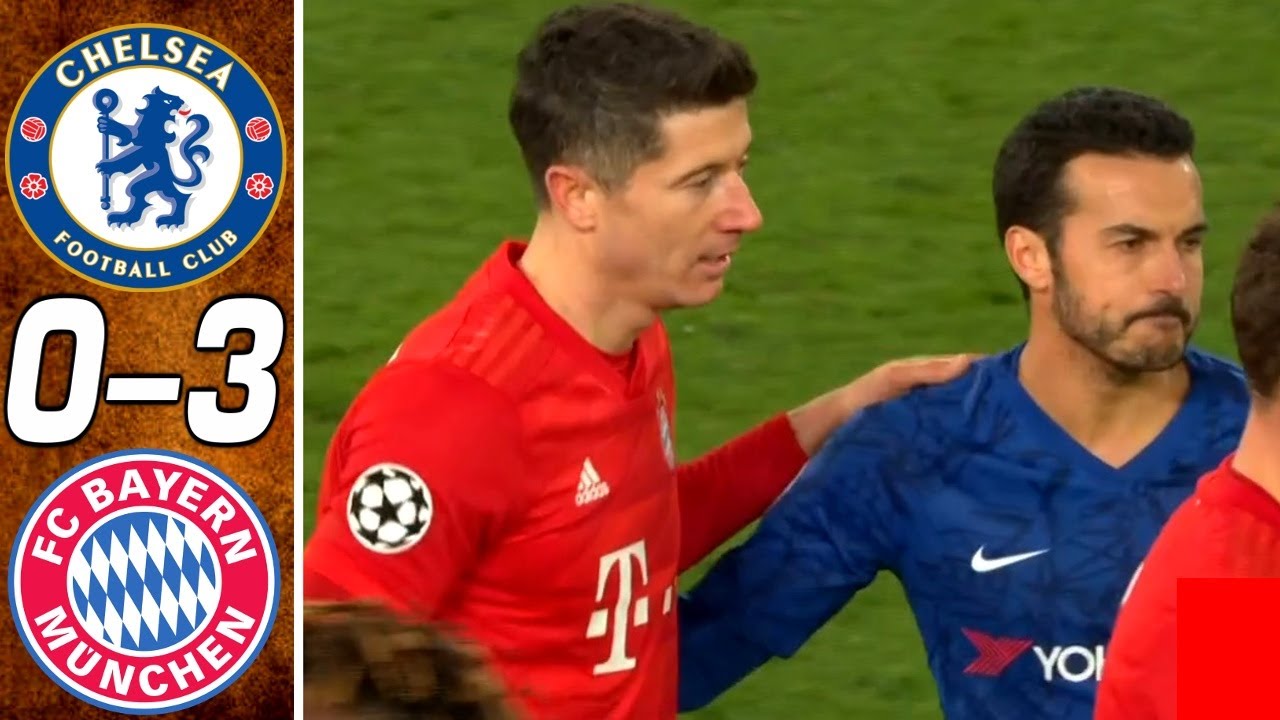 Marcos Alonso was sent off seven minutes from time for a flailing arm to complete a miserable evening for the hosts.

The result leaves Chelsea with a monumental task in the second leg on March 18, with Jorginho also set to miss out after picking up a second-half booking.

Bayern had the better of the opening chances, with Kingsley Coman hammering an effort into the side of the net before Willy Caballero made the first of three superb first-half saves from Lewandowski, the first seeing the ball away from close range. In the 25th minute, Chelsea also had their first chance, but Ross Barkley’s fizzing cross just missed the incoming Mason Mount at the far post.

Caballero’s next two saves came in quick succession just before the half-hour mark. The first saw the Chelsea goalkeeper get down low to save a weak Lewandowski shot before throwing his body in front of another effort from the Poland international as Bayern increased the heat on their hosts.

Chelsea once again failed to convert a gilt-edged cross in the 35th minute. Mateo Kovacic slotted the ball into the feet of Mount inside the area, but his inviting pass could not be converted by Olivier Giroud, who just need a toe to send it home. A minute later and Chelsea were almost punished as Thomas Muller pinged an effort onto the crossbar with the back of his head, but the Blues made it to half-time with the scores level.

The second half did not begin well for Chelsea as Jorginho was booked for dissent four minutes after the break, meaning he will miss the return leg in Munich. It went from bad and to worse not long after as Bayern broke the deadlock.

A slip from Cesar Azpilicueta allowed Gnabry to nip in before picking out Lewandowski down the left. The striker then cut the ball back for his team-mate in the middle of the area, with the former Arsenal player hammering a shot past Caballero as Bayern took a deserved lead.

Three minutes later, and Gnabry nabbed his second after another link-up with Lewandowski. They played a neat move near the centre circle before the former drove down the field. He raced into the area with no one able to stop him and slotted home into the far corner.

There were half-chances for both sides as the game went on but it was Bayern who added a third in the 76th minute. The impressive Alphonso Davies used his explosive pace to bamboozle Chelsea, skipping over two challenges before driving into the area. He then squared the ball for Lewandowski, who slotted home to increase Bayern’s grip on the tie.

But Chelsea’s miserable half did not end there. With seven minutes of normal time to play, they were reduced to 10 men as Alonso caught Lewandowski in the face with a flailing arm. Referee Clement Turpin was advised by VAR the incident needed to be checked and after consulting the pitchside monitor, Alonso was shown a straight red card and will miss out on the reverse fixture in Germany.

0 comments on “How Chelsea were outclassed at Stamford Bridge”