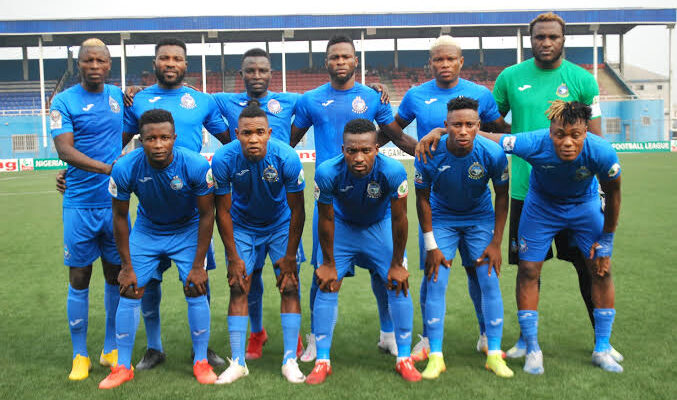 Enyimba fell to a 3-0 defeat against Algerian club ES Setif in their CAF Confederation Cup matchday four encounter on Sunday.

Amir Karaoui gave Setif the lead in the 31st minute after he was teed up by Ahmed Kendouci.

Mohamed Amoura doubled their advantage late in the first half.

The hosts scored their third goal of the game through Akram Djahnit, who slotted home from the spot in the 65th minute.

Djahnit missed the chance to double the home team’s lead when his spot-kick failed to hit the target 10 minutes from time.

Enyimba dropped to second position in Group A with six points from four games following the defeat.

South Africa’s Orlando Pirates, who thrashed Al Ahli Benghazi of Libya 3-0 earlier in the day top the table with eight points from the same number of matches.

The Peoples Elephant will travel away to Al Ahli Benghazi for theit next game on April 21.