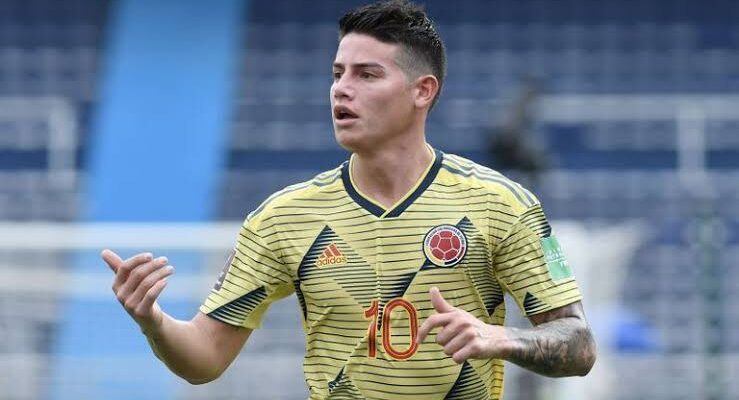 Everton midfielder, James Rodriguez has been dropped from Colombia’s squad for the upcoming Copa America tournament due to concerns about his fitness level.

The former Real Madrid man is the star player for Colombia’s national team and was widely expected to be the first name on the squad list.

James was given permission by his club, Everton to leave for Colombia before their last league game of the season so as to help him prepare for Copa America.

The Colombian Football Federation released a statement to explain the shocking unexpected decision of dropping their key player ahead of a major tournament.

The statement read: “The coaching staff of the Colombia Senior Men’s National Team inform that the player, James Rodriguez has been withdrawn from the qualifying games against Peru and Argentina for the FIFA World Cup Qatar 2022 and the CONMEBOL Copa America 2021.”

They further explained head coach, Reinaldo Rueda’s decision to not pick James for the upcoming games.

“In recent days, the midfielder underwent medical examinations, which determined that he is not at the optimum level of fitness to compete, which is why he will not be able to join the group of players called up by Reinaldo Rueda for the aforementioned matches and the South American tournament.”

“The coach and his staff regret not being able to call up James Rodriguez on this occasion and hope that soon the midfielder will be able to be part of a squad list, representing our country with the same professionalism and stature as he has always done.”

James Rodriguez broke onto the scene at the 2014 FIFA World Cup in Brazil where he led Colombia to the quarterfinals with 6 goals at the tournament.

He has since cemented his place as a key player for the team and has made a total of 80 appearances for Colombia, scoring 23 goals and providing 25 goals.